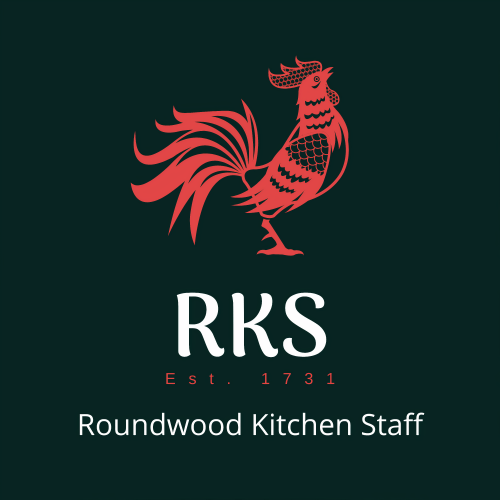 We are pleased to announce the Roundwood Kitchen Staff Ensemble...

Paddy and Ted have launched their first EP!

The EP can be purchased here on our site below. Also take a look further down the page for more information about the Ensemble and the songs themselves!

We also have some snippets for you to listen to.

The snippets are just a short part of the track.  You will receive the full tracks of course when you purchase the EP.

Roundwood Kitchen Staff was born out of necessity.

There was too much singing going on and too many great musicians passing through the doors of Roundwood, not to channel it into something more permanent than late night drunken sing-songs. Enter the dark and mysterious Anthony O’Dwyer who, at one such sing-song, suggested that we replace the alcohol with microphones and the journey to our EP began.

Through his connections, and the musical guests that find their way here, we started the recording process, weaving into the songs, contributions from great musicians who have since become friends.

Three Billboards - Based on the movie Three Billboards Outside Ebbing Missouri by Martin McDonagh, or rather, our dissatisfaction with its ambiguous ending. We decided to write the final scene in song form.

Little Wonder - Our friend Lisa Mulcahy got snowed in here a few winters ago while writing  the screenplay for a movie she was working on, and became part of the family…you know that has happened when they start doing dishes after dinner. Anyways, we thought we would write the song that would play while the credits rolled, and emotionally blackmail her into using it.

Race To The Bottom - I wrote a cool guitar riff and made a song to go with it… Also got to use my daughters name in it.

And here is a YouTube clip of the ensemble playing and performing a song written by Paddy, called "Your Heart is a Whale".

Performed, where else - in the kitchen at Roundwood House!