There was a time in my life when it would have been unimaginable to me that I would be writing a piece about life in the country with any personal insight.  I was a city boy, raised in Canada, and spent years touring from city to city playing music with various bands. I was aware of the country, and drove through it often on my way to the next gig. But I wouldn't have known what to do with myself if I was ever left there for an extended period of time. That was then.

The short story of how I got here is that I spent my first 28 years in Canada, moved to Ireland to study for a year, met my darling wife Hannah (saw her house) and fell instantly in love.  The opportunity arose to change my career path as a musician, when her parents decided to retire. They had been running Roundwood House as a country guest house since Hannah was five years old, and handed the reigns to Hannah and I in the summer of 2008.

There is an adjustment period though; trading city life for country life. Out here, life is work. Paddy the musician, didn't understand what life was going to be like living in the shticks, but Paddy the chef wonders how many songs I would have written if I'd had the work ethic then that I've had to adopt living here. The city kid's natural instinct when anything goes wrong is to call the experts. If you live in an apartment and your toilet backs up, you call the landlord and ask him to send a plumber, and as if by magic, when he leaves, your toilet flushes again. But this is not the case when you're the landlord, the plumber, the electrician, the list goes on. You're expected to be able to deal with small maintenance issues. So you try it yourself, break it a little more, then call the expert.

The city also gives you a certain immunity to noise. It took me a long time to get used to the silence here. Living in a city provides you with a sub-conscious soundtrack to the sound of humans. Most of it is filtered out and disregarded.  Car alarms and sirens. Laughter, jackhammers, and kids. Any one of these sounds now however, would wake me in an instant.  I have become an expert in every unnatural sound in the country, and any time I hear one, I will immediately try to determine where it's coming from and why it is being made. You could say I've traded filters. I no longer respond to creaks in the middle of the night, or the ungodly sound of a vixen in heat, which would make any city dweller with a sense of self preservation hide under the sheets. But a car door closing in the night will have me down the stairs and outside before I've even woken up, and you don't need an alarm clock when the birds are telling you that there's work to be done. This new life couldn't be more different than my old one. I've traded noise for silence, anonymous for personal, and I've made life my job… I wouldn't trade it back for anything. It's a good life. 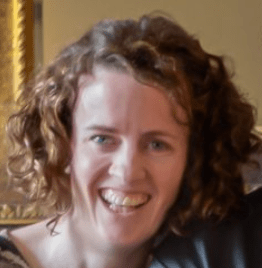